LEAVE US A REVIEW

How can a Homeowner recognize when a roof system has problems?
There are several ways to determine if a roof has problems. The most obvious ways on steep slope roofs are when shingles, tiles, or panels are visibly missing from the roofing system due to a storm, wind, or animal interference. A more subtle way is when the ceiling or walls inside a home becomes discolored and stained from water entering into the home. That one is a hard one because We don’t often look up to routinely check the ceilings in our homes, and don’t realize something’s happening until the floor or something else is being dripped on! Another way many folks learn that their roofs are at the end of their lives is when painters or plumbers or tradesmen getting up on the roof for indirect work inform them that the shingles are thermally cracking, worn, hail damaged, or otherwise flawed. Also in our high UV atmosphere here in Colorado, the gaskets on the plumbing penetrations are often destroyed by UV, and the corn ingredients in these rubber gaskets become a favorite target of animals. This also happens with flat roofs where the seams are open, lifted, not secured, or chewed by animals. Most of these conditions are discovered unfortunately when there is a leak in the home or a worker gets on the roof to perform other work not related to roofing.
What are my options if I decide to re-roof?

If you have a steep slope roof that has the more common asphalt shingles, there is a multitude of shingle styles and affordability levels to choose from. The ubiquitous 3 tab shingle from decades ago has given way to the 30-year architectural dimensional shingle which has a limited 50-year warranty from shingle manufacturers. This shingle, exampled by GAF Timberline HDZ, Owens Corning Duration, or Certainteed Landmark is the basic workhorse of the asphalt shingle industry and the best value.

Additionally, there are designer, heavy-duty shingles at a higher price point, These shingles can be considered where the roof slope is steep enough so that the roof is an important aesthetic of the home and thus merits the additional cost. Also, HOAs often control the roofing products to make sure homeowners keep up the values and the consistent look of their homes within a subdivision. Generally, homeowners want to keep within a certain product type represented in the neighborhood due to property values.

In tile roofing, there are numerous options, from concrete to granular coated steel, aluminum, polymer wood shake, or slate lookalikes. The price point here is much higher, but longevity is key. Also, these roofs tend to qualify for annual property insurance premiums discounts, which will be addressed at the end of the page.

In metal roofing, there are also numerous options from agricultural panel looks, to standing seam panels (which we often see on ski lodges in the mountains). Again here, the price point is much higher, but longevity is key, and looks often are play a large part in the choice of the system. In more extreme weather areas, the standing-seam roofs are much more water-tight than other systems, and their fasteners are concealed under the ribs which allow the panels to have normal movement.

In flat roofing, there are several options as well. There is the ubiquitous black EPDM rubber roofing in multiple thicknesses – 40, 60,80 mil. This is the flat roof equivalent of the 30-year dimensional shingles – the workhorse of the flat roof world. It has been around the longest. Newcomers include TPO, which is a white membrane that many feel is better than EPDM, due to adhesion by heat welding, instead of the EPDM chemical bonding.

My Roof Leaks. Do I need to have it replaced completely?
Not necessarily. I would defer to the roofing company’s expertise, and how you feel about how they handle the situation and explanation of what’s wrong, and how it can be fixed. In the industry, there is a common thought that when a roof gets to three leaks, it’s time to re-roof. But it is really dependent on the individual situation.
Can I Do The Work Myself and Save Money?
Replacing a roof is brutally hard work, and requires a process that includes dumpsters, strong young backs to fork up the existing roof, specific hand tools and equipment, and knowledge of installation practices so that the final result is not only aesthetic but secure code wise. Also, most people do not have the tools and equipment that are specific to a re-roof process, which means that bottom line savings will most likely not be significant enough to warrant the discomfort, hard work, and learning curve that is needed to do things right. Now if you’ve got a brother or family member who knows roofing and offers himself for the job, that’s another story!
How Long Can I Expect My Roof System to Last?

Asphalt shingles are classified as 30, 40, or 50 year limited lifetime in terms of warranty and durability. In most climates, that is something to strive for but often does not result in reality. In sunny high altitude climes, UV cuts short asphalt shingle life expectancy easily by 1/3 of a product lifetime. in climates with broad temperature swings, the freeze-thaw cycle diminishes the life of a system. In a climate such as Boulder, a 20 year old asphalt roof should be checked annually for signs of wear and tear, thermal cracking, and granular loss from wind, hail and elements, even though you may have a 50 year shingle system on your roof. In warmer, moister climates, algae growth can be a limiting factor on a roof system, and can cut the roof life short.

A more expensive tile, metal or flat roof, should also be routinely inspected and examined for damage, storm as well as general weather wear and tear. Usually these roof systems will hold up better, however, the price point will be higher.

How do I know what type of roofing shingle is best for my roof and my budget?
This is a highly individual decision. It will depend on home location, HOA requirements, and personal budgets. The suggestion is to get several bids and rely on the expertise and knowledge acquired through getting estimates from roofing companies. After all, that is what they are good at. And hopefully, they will educate the homeowner enough so that the homeowner can make a smart choice in roofing given all their particular individual factors going into the decision.
What Will a New system Cost?
Asphalt shingle systems are by far the most affordable. Some of the premium asphalt shingles will overlap price-wise with some tile and metal roofing systems, so it really comes down to the look you want for your home, the neighborhood requirements if any, and most importantly, your budget.
What if my New Roof Leaks? Then what?
You should have two warranties working side by side when you buy a new roof. One is the material products manufacturers defect warranty, which protect against manufacturers defects which can occur in the production of the shingle, and workmanship warranty, which the roofing installation company offers to cover the labor that went into installing the roof. The roofing company which installed the roof should be liable, with a smile, for all workmanship issues (which is where most problems arise) and be a go-between between Homeowner and manufacturing company if a manufacturer’s defect issue should arise. If they do not respond, the city building inspectors where the roof is located are resources, and if not the City Attorney Office often can offer guidance to resolution.
What are the Advantages of the Class 4 Impact Resistant Roofing Products I keep hearing about?
These products came into being around 2000, when State Farm worked with the asphalt shingle manufacturers to develop asphalt shingles that, while they looked identical to their existing counterparts, would be tested to a different standard which would make them more resistant to hail and wind. The reasoning was to save both sides the expense of a re-roof due to storms. The homeowner would save having to pay a deductible, and the insurance companies would save the cost of the rest of the re-roof. While the shingles were slightly more expensive, the one time purchase would be offset by an annual property insurance premium discount offered by the insurance companies. On the upside, that is exactly what is happening when the process works like it is supposed to. On the downside, hail storms are getting more intense and sometimes, the shingles can’t weather the damage, and replacement is needed regardless of the Class 4 purchase.

WHAT OUR CLIENTS ARE SAYING

I am giving Monica and her team at Roof Masters of Colorado my highest recommendation!  I met Monica several years before any roofing woes…

We had a small but damaging leak in our tile roof which ultimately came in through the vaulted ceiling of our living room. After some research . . .

Huge appreciation goes to Roof Masters (Travis’s workmanship and Monica’s management) for identifying the source of our leaky flat roof . . .

I’m very pleased with the new roof they put on. The workmanship was professional and the best that should be expected. I highly recommend . . .

Where to start with Roof Masters? From start to finish the experience was professional, fair and left us feeling like we were working with a partner . . .

Roof Masters is a life saver! I have a couple of rental properties, and unfortunately needed multiple roof repairs all in the span of a few months . . . 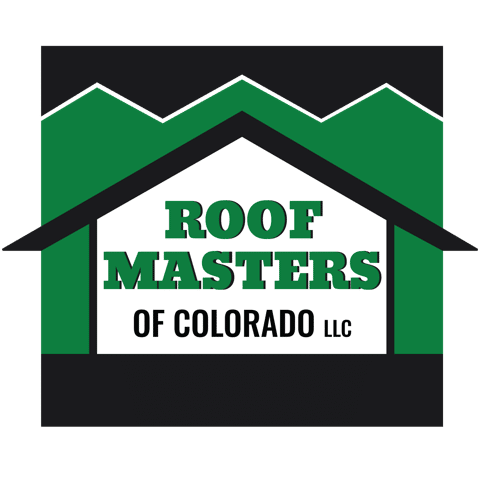 HOW DID WE DO? Let us know!

Leave Us A Review

Menu
GET YOUR FREE ESTIMATE TODAY!
LEAVE US A REVIEW